After years of minimal Atlantic Salmon management in Michigan, the DNR has turned more attention to this exciting species.  Beginning in 2013, the Michigan DNR resumed stocking Atlantic Salmon in the lower Au Sable.  In 2018, over 33,000 juvenile Atlantics were released in to the lower Au Sable at the Whirlpool Launch.  Returns have been increasing each year and older age classes are returning bigger and bigger.

This is an amazing new fishery and we hope you’ll join us in chasing Atlantic Salmon in Michigan’s Au Sable River.  Call us to inquire about dates and availability. We expect each year’s run to improve as older fish jump up in size and younger fish start to return.

Some of our top producing flies for Atlantic Salmon.

We fish for Atlantics using a swinging or stripped streamer.  They aggressively hit intruder and sculpin type streamers thrown on a sink-tip line.  Depending on the day, bright colors work well such as a white/silver intruder or a chartreuse/silver intruder.  Sculpin patterns work great on overcast days.

Below is information about the stocking patterns by the DNR since they resumed stocking in 2013.  Stocking smaller fish in the first two years was less successful, so hopefully the larger fish they released in 2016 had great survival and next year’s run will be even bigger. 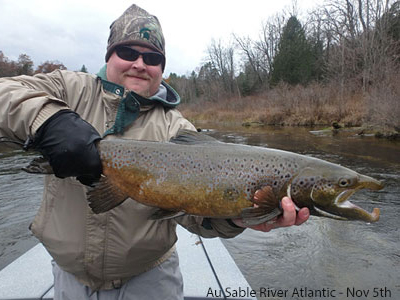 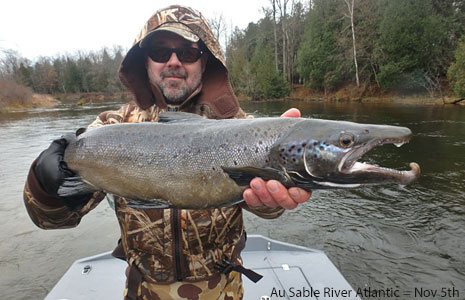 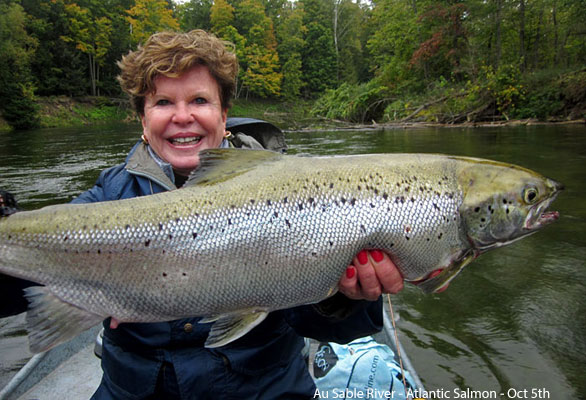 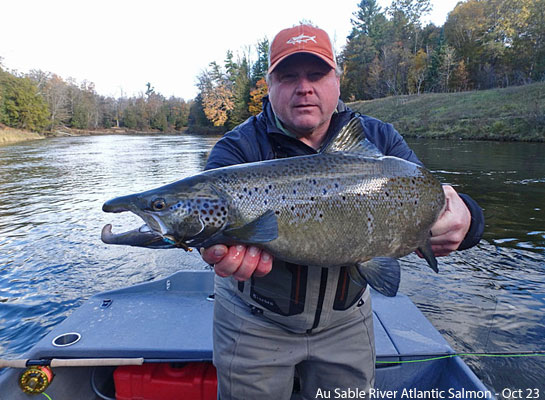 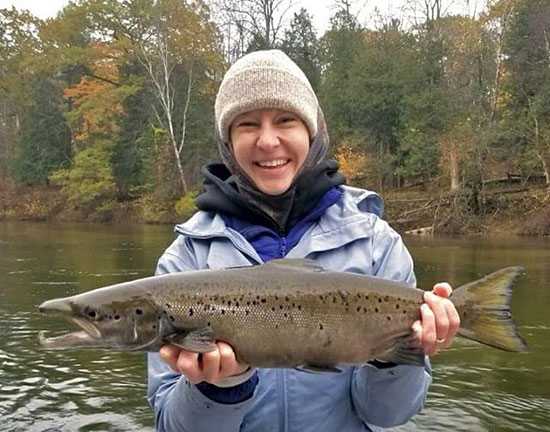 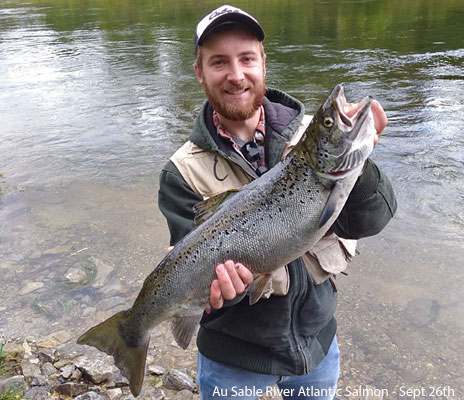 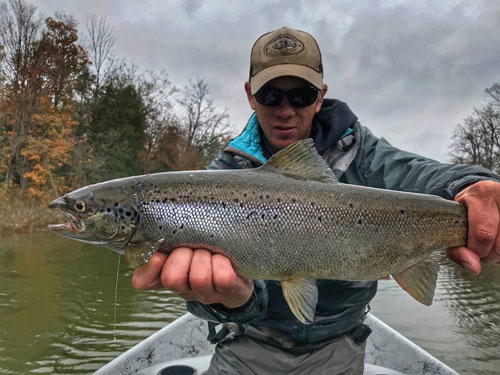